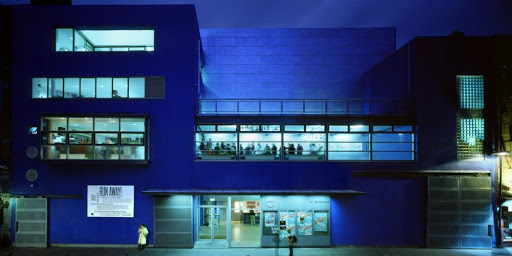 The Project Arts Centre located in Temple Bar is Ireland’s leading centre for the display and performance of contemporary art. It helps grow the next generation of performing and visual arts. Each year the venue hosts over 600 events including 6 exhibitions per year and co-producing 38 productions.

Over 50 years young, the centre evolved from a festival in the Gate Theatre in November 1966 which gave impetus to the setting up of a venue on Lover Abbey Street in 1967. After a number of moves through the years, the centre found its present and permanent home at East Essex Street, Temple Bar in the year 2000.

The centre hosts events such as music, dance, visual art, theatre and live talks, discussions and arts. It is also involved in many of the festivals you see around Dublin during the year such as the Fringe Festival and Theatre Festival. There two spaces within – the smaller ‘Cube’, and the ‘Space’ which can accommodate a couple of hundred people. Over the years people such as Gabriel Byrne, Liam Neeson and U2 have been here.

The Project Bar is open during performances serving drinks. The staff are really helpful and it’s a great space to let your mind wander and be free. Getting there: any Dublin Bus going to city centre. See projectartscentre.ie

The National Wax Museum Plus – Great for all the Family

The Teeling Distillery – Phoenix from the Ashes

Trinity College Dublin and the Book of Kells

Guide to Policing in Ireland

© Visit Dublin - Travel Info for Dublin, Ireland. This is your tourist and travel guide to all that Dublin is from people who live and breathe the city every day. Find a range of top things to do in Dublin here!